THURSDAY September 7th at 7pm: THE LAST OF THE MOHICANS pt2 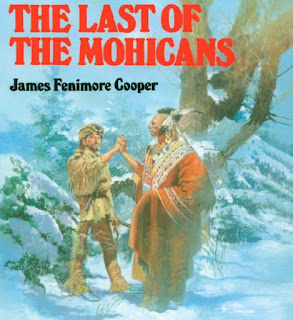 "Toils and Dangers of the Wilderness"
THE LAST OF THE MOHICANS

The Last of the Mohicans is set in 1757, during the French and Indian War, when France and Great Britain battled for control of North America. During this war, both the French and the British used Native American allies, but the French were particularly dependent, as they were outnumbered in the Northeast frontier areas by the more numerous British colonists.

Book: The Last of the Mohicans Author: James Fenimoor Cooper